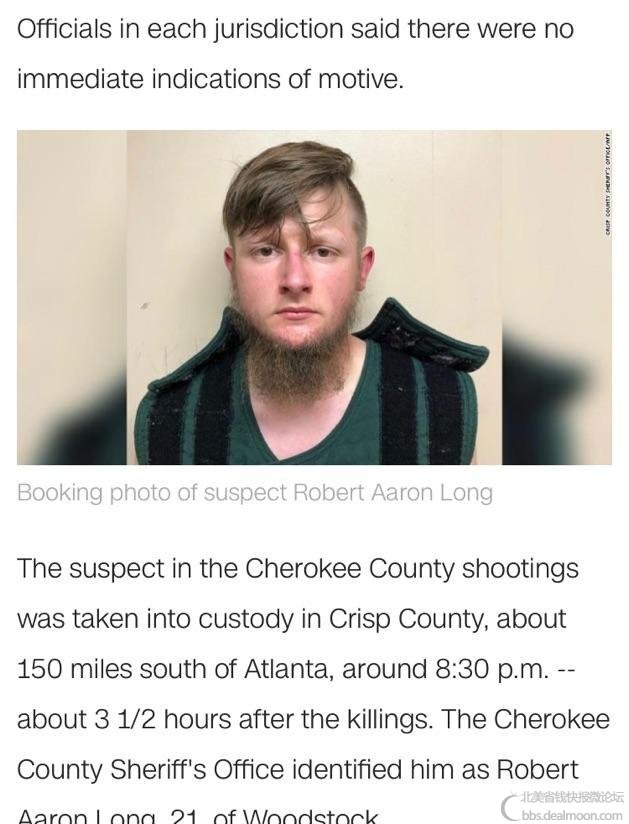 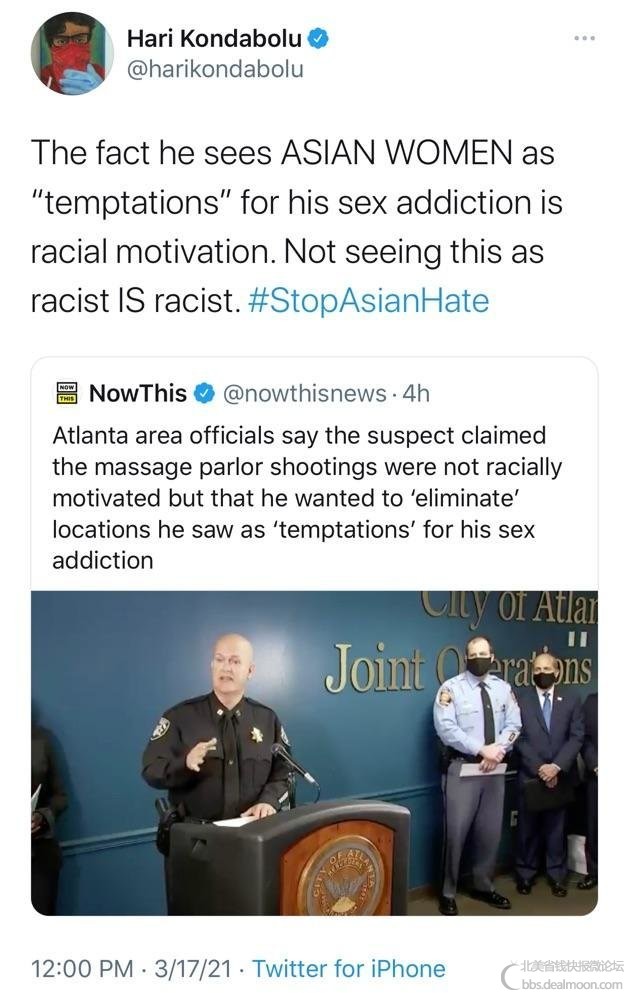 
Does that means if he’s only tempted by Chinese women, so that all the Chinese women deserve to be killed, and not considered as racist?
堡

（CNN) - A restaurant was spray-painted with the message "Kung flu" in Texas. A travel agency employee in California was nearly blinded. An 84-year-old man from Thailand died after being shoved to the ground during his morning walk.
Many Asian Americans across the United States have been verbally harassed, spat on and injured for months in a "disgusting pattern of hate" that coincides with the Covid-19 pandemic. The killings of eight people, most of them Asian, at three spas in the Atlanta area Tuesday jolted a community already on edge, even as law enforcement has not yet determined a motive.
W

Man Allegedly Dumps Liquid on Asian Woman in N.Y.C., Says 'Go Back to China'
The woman was picking up packages in midtown Manhattan
HARRIET SOKMENSUER

An Asian woman was running errands on Monday night when a man allegedly dumped an unknown liquid on her and told her to "go back to China."

The incident occurred while the woman was picking up packages in midtown Manhattan.

According to the New York City Police Department, the victim told authorities the man approached her from behind as she was bending down and poured the liquid on her neck and packages, telling her to "go back to China." He then fled the scene.
m

哈哈大家心里都清楚，no need to say it out loud


哈哈哈Trump 一天不改，当然有话題了！有什么奇怪！给川普叫China virus ... Kung Fu virus don't bother you ? It bothers a lot of us Chinese!!!
你可能习惯给别人歧视。Not many of us!
匿
匿名
27 天
92 楼