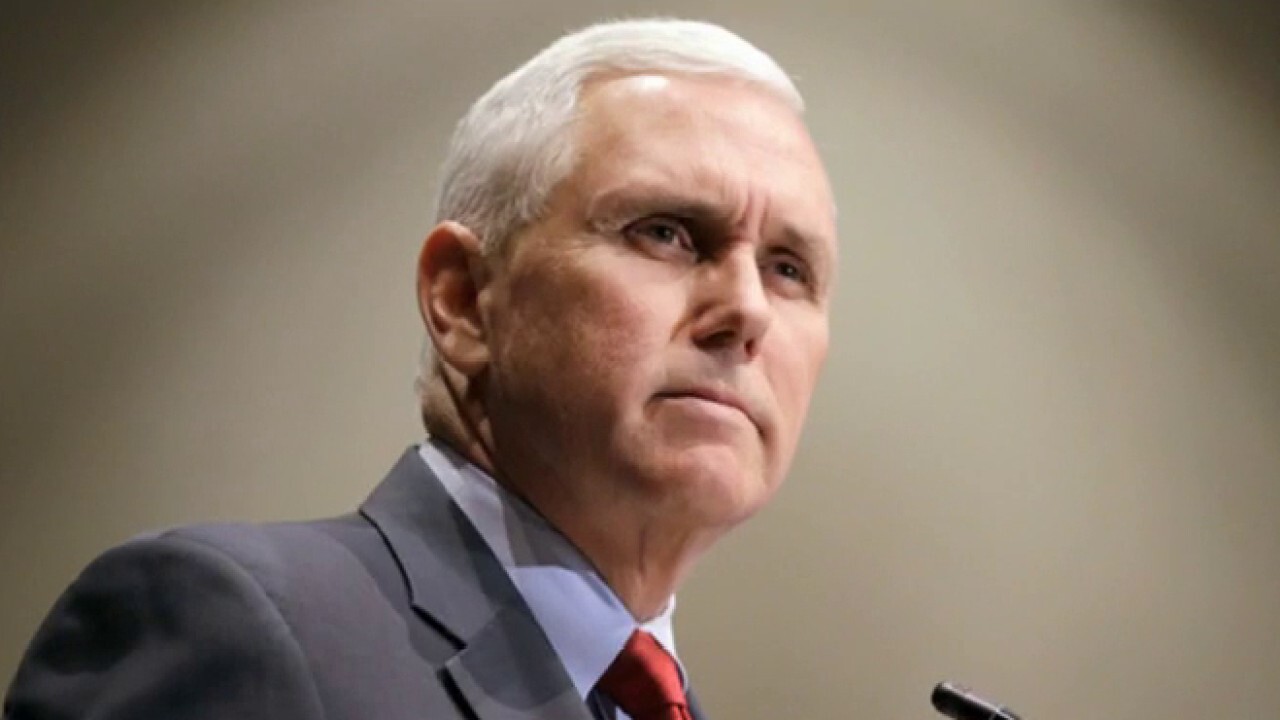 Mike Pence launches Advancing American Freedom advocacy group Former US Ambassador to the UN Kelly Craft joins ''Kudlow'' to discuss her role with the organization
系统提示：若遇到视频无法播放请点击下方链接
https://www.youtube.com/embed/https://54d5c7666c3436b5b22c404e18720060.safeframe.googlesyndication.com/safeframe/1-0-40/html/container.html?n=0
Former Vice President Mike Pence on Wednesday called for President Biden to ban H-1B visas for Chinese nationals employed by U.S. tech companies amid concerns about the threats to American intellectual property and national security. "To protect American intellectual property and national security, President Biden should immediately prohibit the issuance of H-1B visas to Chinese nationals employed by U.S. technology companies," Pence said in the 2021 B.C. Lee Lecture at The Heritage Foundation. PENCE ACCUSES BIDEN ADMINISTRATION OF ‘ROLLING OVER’ FOR CHINA, SAYS CORPORATE AMERICA ENABLES REGIME The H-1B visa is a temporary work visa for high-skilled workers in a specialty occupation. It has been hit by accusations of abuse and fraud for years, with critics saying it has been used by tech companies in particular to replace American middle-class workers with cheaper foreign labor and to keep wages low in general. Those in favor of the program say it is used to attract talent to fill gaps that the domestic labor market cannot meet. There are approximately 85,000 visas awarded each year. The Trump administration issued rules to reform the program toward the end of his administration, particularly to root out fraud and abuse. But Pence referenced the policy as part of a speech warning about the threat from the Chinese regime. "This is not because we don’t trust Chinese visa holders – but because we don’t trust China’s communist government. We know that China often coerces its own citizens to participate in industrial espionage, and forces them to hand over trade secrets against their will," he said. CHINA EXPANDS INFLUENCE AS IT WARNS NATIONS OF ‘BROKEN HEADS’ IF THEY INTERVENE  The measure was one of a number of ways in which Pence called on the U.S. to respond to the threat from China. He called for the U.S. to put further pressure on China about the origins of the COVID-19 pandemic — amid increasing evidence that the virus originated from a lab in Wuhan. Biden has requested the intelligence community report back on what it believes sparked the pandemic. CHINA''S XI WARNS TAIWAN ON INDEPENDENCE, SENDS MESSAGE TO WEST  He also called for the U.S. to stop funding scientific research in China, alluding to controversies surrounding the funding of the Wuhan Institute of Virology and alleged "gain of function" research. Pence also said Biden should increase efforts to "decouple" the U.S. economy from China, citing ownership by Chinese investment of hundreds of thousands of acres of U.S. farmland — and calling for a ban on Chinese investment of U.S. infrastructure like pipelines. GET FOX BUSINESS ON THE GO BY CLICKING HERE Pence claimed the debate was now settled and that "Americans of every political persuasion recognize that the Chinese regime harbors adversarial intentions toward the United States and our allies." But he accused the Biden administration of "already rolling over for communist China."
t
teabucket
16 天
2 楼
一波接一波。之前还有说要给marc Rubio 写信求帮助的。难道忘记了过去这些年，他自己就是最大的推手。专盯华人背景下手，提恶心人的提案
a
alloccupied
16 天
3 楼
共和党人士现在是四处呼应来针对中国背景出生的人吗
芝
芝士年糕
16 天
4 楼
他现在啥职位啊，还插手政治上的事儿呢？
g
gzrk
16 天
5 楼
21年的？
o
overpower
16 天
6 楼
大势所趋 最近拜登机密文件事件里面，第一部分就是爆料拜登将机密文件放在由中国背景出资捐赠的馆藏里面 更何况拜登儿子和渤海华美、宁德时代之间的关系 以后两党斗争还是会拿中国人开刀
粉
粉果冰
14 天
7 楼
美国开始剥离意识形态不同的国家的联系
千
千渔千寻
14 天
8 楼
回复 7楼粉果冰的帖子
通缉mbs么？