查看北美华人网今日新帖
最新回复：2022年1月12日 21点52分 PT
共 (38) 楼
返回列表订阅追帖只看未读
更多选项
阅读全帖只看图片只看视频查看原帖
h
huaren2018
13 天
楼主 (北美华人网)
Millburn, NJ mourns former school official killed in crash with family
MILLBURN — A former township Board of Education member, her husband and one of their three sons have died in a crash out of state.
“Danielle cared so much for students, teachers and the district in her service on the board and the many projects for which she advocated,” Christine Burton, Millburn superintendent of schools, said in a written statement on Sunday.
“We send our deepest condolences to her grieving sons, Alec and Roberto and to all of her family and friends,” she said.
The Prietos had sold their $2.9 million house in the Short Hills section of the township in April and bought a home in Clearwater Beach, according to property records, as first reported by NJ.com.
According to Fox13 news: 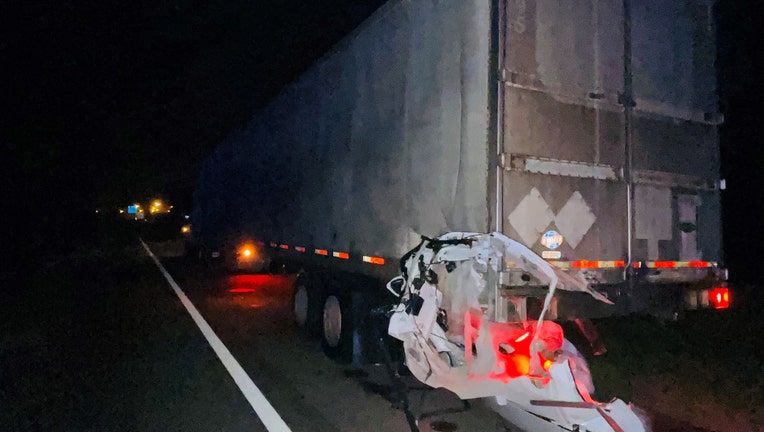 article Courtesy: Florida Highway Patrol
WESLEY CHAPEL, Fla. - A 57-year-old man, a 53-year-old woman and a 16-year-old boy, all of Clearwater Beach, were killed in a vehicle crash Saturday night in Pasco County, according to the Florida Highway Patrol.
It happened shortly before 10 p.m. on I-75, just south of SR 52.
Troopers say a tractor-trailer driven by a 55-year-old man from Miami was traveling southbound on I-75 adjacent to the SUV carrying the people from Clearwater Beach. When the tractor-trailer changed lanes, it entered the path of the SUV, which collided with the left rear portion of the tractor-trailer.
All three occupants of the SUV died at the scene.
The crash closed both directions of I-75 until 4:22 a.m.
h
huaren2018
13 天
2 楼
车祸猛如虎，本来卖了 short hills 房子迁居 FL 过上半退休生活了
s
snowpenguin
13 天
3 楼
天，这个货车司机全责吧，是瞎了吗！照片太触目惊心了，希望卡车司机能坐牢！！！RIP
h
huaren2018
13 天
4 楼