查看北美华人网今日新帖
最新回复：2020年8月28日 11点43分 PT
共 (288) 楼
返回列表订阅追帖只看未读
更多选项
阅读全帖只看图片只看视频查看原帖
第 1 页
共 3 页
d
dukenyc125
28 天
楼主 (北美华人网)
这位17岁白卫兵一直在社交媒体上宣扬白人至上，得知威斯康星又出现黑人被杀事件后，特意带枪从伊利诺伊开车赶到威斯康星为警察救场。 BREAKING: Kyle Rittenhouse, a 17-year-old suspected of fatally shooting at least two people and injuring another during protests in Kenosha over the shooting of Jacob Blake, has been charged with murder 17-Year-old Blue Lives Matter Fan Charged With Murder After Two Killed at Kenosha Protest Kyle Rittenhouse, a rifle-toting teenage Blue Lives Matter fan suspected of fatally shooting at least two people and injuring another during protests in Kenosha over the shooting of Jacob Blake, has been charged with murder. Rittenhouse, 17, was arrested in Illinois and faces charges of first-degree intentional homicide, according to Lake County, Illinois Clerk of Courts public records. So far, he is labeled a “fugitive from justice” in the complaint, which states that the teenager “fled the state of Wisconsin with intent to avoid prosecution for that offense.” He’s been assigned a public defender and was scheduled to appear at an extradition hearing on Aug. 28, according to court records. A gunman shot one person in the head and another in the chest around 11:45 p.m. Tuesday amid another night of violent unrest in Kenosha. Videos circulating on social media showed an armed man falling to the ground, then firing at people who seemed to be making an attempt to disarm him. A video posted to Twitter by a Daily Caller reporter appeared to show an interview with Rittenhouse the evening of the shooting. In it, a reporter asks a rifle-carrying teen what he’s doing at the protest. “So people are getting injured and our job is to protect this business,” he replies. “And part of my job is to also help people. If there is somebody hurt I’m running into harms way. That’s why I have my rifle because I need to protect myself obviously. I also have my med kit.” The arrest came after hours of social media chatter tying the teenager to the shooting. Rittenhouse’s Facebook page became unavailable shortly before the announcement, but it included numerous photos with Blue Lives Matter-style pro-police slogans and imagery, as well as of an Armalite rifle similar to the one he appears to have been photographed carrying in Kenosha. In a December 2018 post, Rittenhouse requested his followers donate for his birthday to a police advocacy organization, Humanizing the Badge. “I’ve chosen this nonprofit because their mission means a lot to me, and I hope you’ll consider contributing as a way to celebrate with me,” the post reads. “HTB is a non profit organization seeking to forge stronger relationships between law enforcement officers and the communities they serve. We’re doing this through community service projects, mental health support, social media content and strong partnerships with others blazing new paths.” The lakeside town of Antioch is just over a half-hour’s drive from Kenosha. Rittenhouse appears to reside there with his mother, Wendy Lewis, whose Facebook page features multiple images of her son—including one of him dressed as a police officer, with the tagline “We Back the Blue.” Rittenhouse’s mother could not be reached for comment. The shooting marked the most intense clash in Kenosha since Blake was shot in the back multiple times Sunday evening by a police officer. According to a viral video of the incident, a Kenosha police officer shot Blake in the back several times at close range as he tried to get into a van with his three kids. “They shot my son seven times. Seven times. Like he didn’t matter. But my son matters. He’s a human being, and he matters,” Jacob Blake, the 29-year-old’s father, said Tuesday. Meanwhile, just as word of the teenager’s arrest went public, President Trump announced plans to send additional “federal law enforcement and the National Guard” to Kenosha. The bluster mirrored a slew of previous tirades about unrest in cities across the country since the murder of George Floyd in Minneapolis in late May. This is a developing story and will be updated. 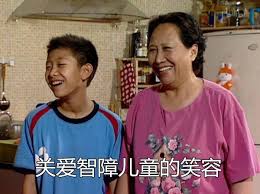