luckyso
接近 5 年
楼主 (北美华人网)
The New York City fire department says an &amp;amp;quot;explosive device&amp;amp;quot; has detonated in the Chelsea neighbourhood of Manhattan. The blast was heard on West 23rd Street between 6th and 7th Avenues in the city's Chelsea neighborhood. Police counterterrorism officers, a bomb squad and firefighters rushed to the scene.
Chelsea这个区是纽约LGBT人群的著名聚居区。

update: Gas has been ruled out as possible cause of #Chelsea explosion according to FDNY, FBI and NYPD conducting searches.
update： Blast originated from a trash can
DEVELOPING: An explosion that injured at least 29 people in New York City late Saturday appeared to be intentional but not terrorism related, Mayor Bill de Blasio announced, as officers investigated what they called a possible secondary explosive device four blocks away. 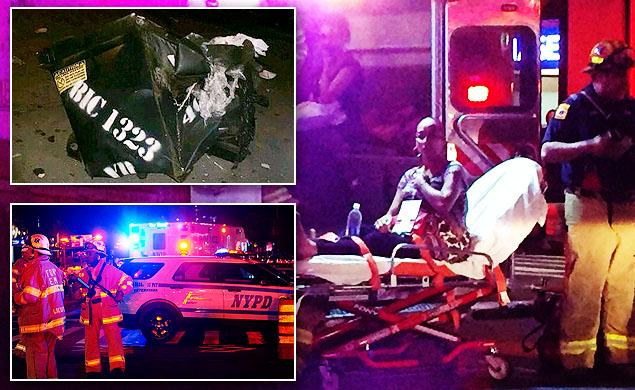 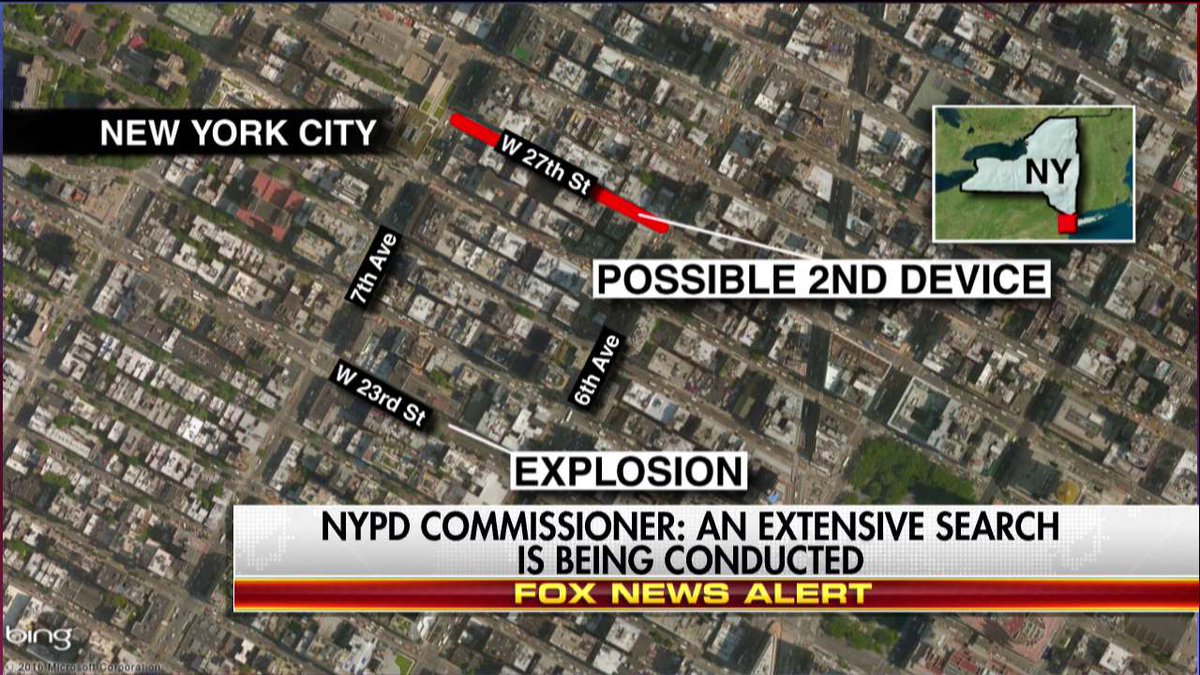 luckyso
接近 5 年
15 楼
Gas has been ruled out as possible cause of #Chelsea explosion according to FDNY, FBI and NYPD conducting searches.
f
freshpotato
接近 5 年
16 楼

Although Hillary Clinton has repeatedly denied that she sold weapons to the Islamic Stats while serving as Secretary of State, Wikileaks founder Julian Assange claims he has proof to the contrary.

Thepoliticalinsider.com reported: In Obama’s second term, Secretary of State Hillary Clinton authorized the shipment of American-made arms to Qatar, a country beholden to the Muslim Brotherhood, and friendly to the Libyan rebels, in an effort to topple the Libyan/Gaddafi government, and then ship those arms to Syria in order to fund Al Qaeda, and topple Assad in Syria.

Clinton took the lead role in organizing the so-called “Friends of Syria” (aka Al Qaeda/ISIS) to back the CIA-led insurgency for regime change in Syria.

Under oath Hillary Clinton denied she knew about the weapons shipments during public testimony in early 2013 after the Benghazi terrorist attack.

In an interview with Democracy Now, Wikileaks’ Julian Assange is now stating that 1,700 emails contained in the Clinton cache directly connect Hillary to Libya to Syria, and directly to Al Qaeda and ISIS.

luckyso
接近 5 年
25 楼
A witness described the explosion as "very forceful," telling Fox News it sent a "big cloud of black smoke" into the air as people ran from the scene. Another said a fireball shot into the air as a nearby building shook. Witnesses said they did not smell gas beforehand.
c
chacha2013
接近 5 年
26 楼
看纽约那个左B市长怎么应付吧？不要以为把一些恐怖分子引进来了，就算有危险也是别人家的事，说不准哪天就发生在自家门口
S

Although Hillary Clinton has repeatedly denied that she sold weapons to the Islamic Stats while serving as Secretary of State, Wikileaks founder ......
YRG 发表于 9/17/2016 10:26:58 PM

BOOM! Wikileaks Confirms Hillary Sold Weapons To ISIS
Although Hillary Clinton has repeatedly denied that she sold weapons to the Islamic Stats while serving as Secretary of State, Wikileaks founder ......
YRG 发表于 9/17/2016 10:26:58 PM

"I must tell you that just before I got off the plane, a bomb went off in New York, and nobody knows exactly what's going on. But boy, we are living in a time — we better get very tough, folks," Trump said, as quoted by in a tweet by Washington Post reporter Sean Sullivan.

"We better get very, very tough," Trump emphasized, adding, "It's a terrible thing that's going on in our world (and) in our country." He spoke of the need to be "smart and vigilant."
含

转一个回复: Welcome to the united states of Islam. Brought to you by Barack Hussein Obama
含

纽约同学不要怕，听市长的: NYC Mayor: No credible threat against the city at this moment.

luckyso
接近 5 年
58 楼
Bill de Blasio assured us the #Manhattan detonations had nothing to do with terrorism.
It was just the clock kid showing us his new invention.
s
scion
接近 5 年
59 楼
问题是O8愿意去搞老婊子么？还是干爹干妈吧。


下一句是：
Well, you are a racist，sexist, homophobic, xenophobic, Islamophobic and we need gun control.
Y
YRG
接近 5 年
73 楼
大爆炸发生后希拉里的反应,We should withhold judgment until we know more." 说的没错：You can only cast immediate judgement on a cop who had to shoot a thug with a loaded gun. Let's not cast judgement on a terrorist blowing people up.

Hillary Clinton comments on blast in New York: "We should withhold judgment until we know more." http://cnn.it/2d3dY4j

Minnesota:  Witnesses said the man entered Crossroads Mall on Saturday night, made a reference to Allah and asked at least one person if they were Muslims before he attacked, police said in a statemen......
Wmzq123 发表于 9/18/2016 7:15:51 AM

luckyso
接近 5 年
97 楼
US accused of colluding with IS over strike on Syria troops
http://news.sky.com/story/us-accused-of-colluding-with-is-over-strike-on-syria-troops-10583152
l

luckyso
接近 5 年
98 楼
CNN还能再不要脸些吗？?? CNN’s Jake Tapper asked New Jersey Governor Chris Christie on State of the Union on Sunday morning about the supposed contrast between Donald Trump and Hillary Clinton in their responses to the explosions Saturday in New York, editing out Clinton’s reference to “bombings” to create a false distinction.
含

"At this time there's no evidence of an international terrorism connection
with this incident, but it is very, very early in the investigation, and it'
s just starting," New York Gov. Andrew Cuomo told reporters Sunday, a day
after an explosion injured 29 people in New York City's Chelsea neighborhood.

"It depends on your definition of terrorism. A bomb exploding in New York is
obviously an act of terrorism, but it's not linked to international
terrorism," he said.

New York blast 'obviously an act of terrorism,' but not linked to
international group, Cuomo says