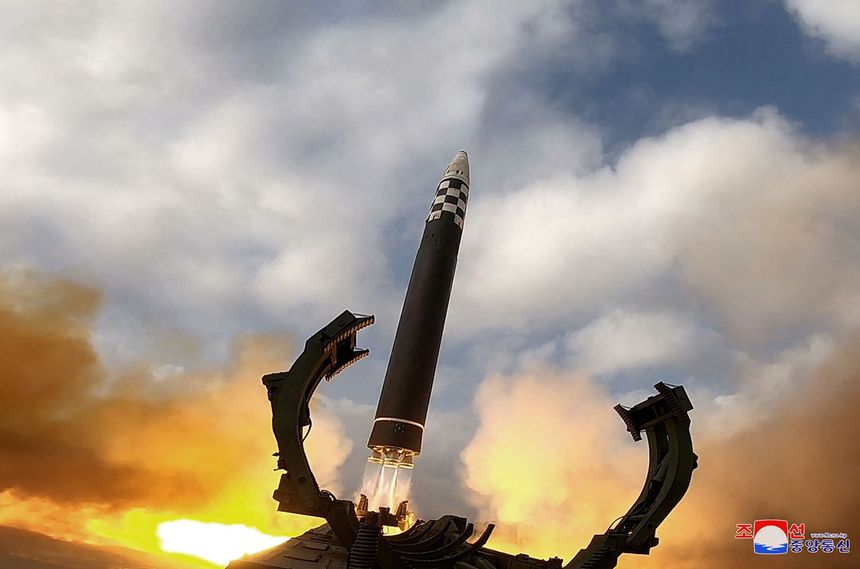 This image released by North Korea in November shows the launch of a new intercontinental ballistic missile.PHOTO: STR/AGENCE FRANCE-PRESSE/GETTY IMAGES

SEOUL—South Korean President Yoon Suk-yeol said the country could develop its own nuclear weapons or ask the U.S. to redeploy them on the Korean Peninsula if the threat from North Korea grows, in the first time a leader of the country has explicitly raised the prospect in decades.

The prospect of South Korea, a nonnuclear state, acquiring its own weapons threatens to destabilize nuclear disarmament efforts and inflame already high tensions with Pyongyang. The idea has long been rejected by the U.S. and previous administrations in Seoul, although polls have shown it is supported by a majority of the public in South Korea.